Your Next Read: James Riley

Once upon a time a “Punk Princess” is paired with Jack, the son of the same guy who climbed a magic beanstalk to steal a golden-egg-laying-goose from a giant, to rescue the Wicked Queen from Snow White. (Wait, what?) Then in a different, yet same, universe, Owen *accidentally* changes the outcome of his favorite book series thereby causing the literal end of the world. (Or is it? I mean, we’re just characters living out some twisted plot line written by an obscure author, right?) But wait! Simultaneously, at a school in a highly classified location (we think it’s in the middle of nowhere but we can’t be sure) a group of kids learn healing and destructive (and maybe a little telepathic) magic to – once again – stop the Old Ones from causing the apocalypse. (Gosh, why does the apocalypse happen so many times???)

These are the worlds created by New York Times bestselling author, James Riley.

And honestly, should you choose to dive into these worlds, you’ll most likely be rewarded with at least one headache…probably more.

But it’ll be worth it. Trust me. 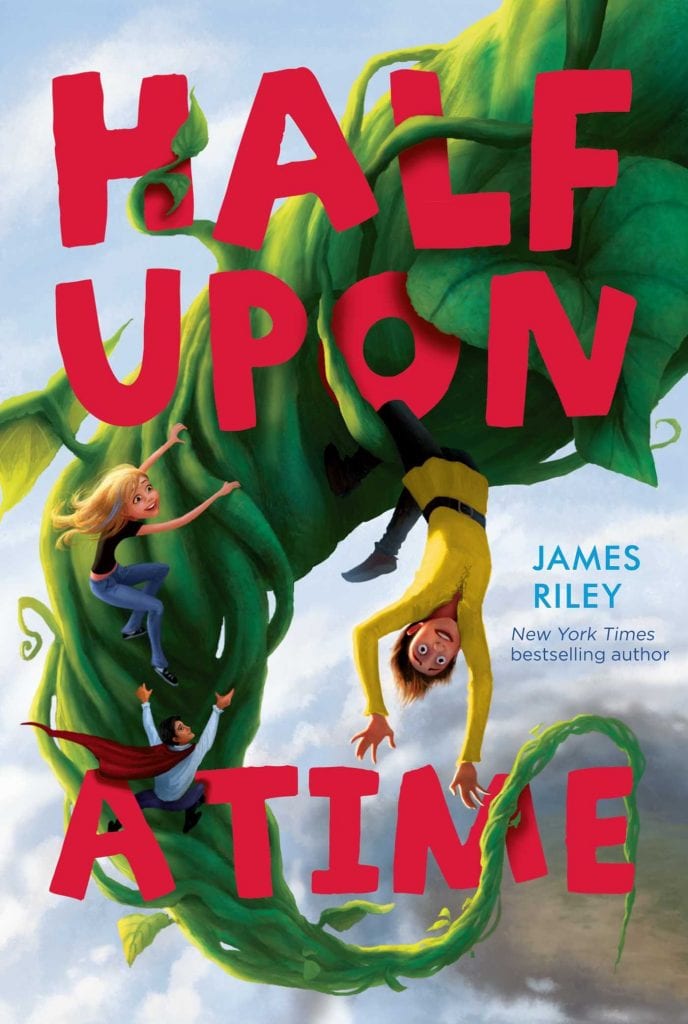 Half Upon a Time trilogy (including Half Upon a Time, Twice Upon a Time, and Once Upon the End): In this fractured fairy tale trilogy, Jack, the son of the infamous “Jack and the Beanstalk” and “Princess” May from “Punk” are thrown together when fleeing from a giant huntsman, freeing an evil genie, breaking Red Riding Hood’s magic mirror, and fighting seven dwarves… all in search of May’s grandmother, Snow White. And while the adventure might appear simple, Jack’s perennial clumsiness often forces May to trade sarcastic comments to save his life. Plus, there’s the fatal prophecy: Jack will either betray her or die for her. Expect snappy dialogue, inevitable conflicts, and whirlwind cliff-hangers; this trilogy will definitely turn all the things you thought you knew about fairy tales on their heads. (Ages 8-14) 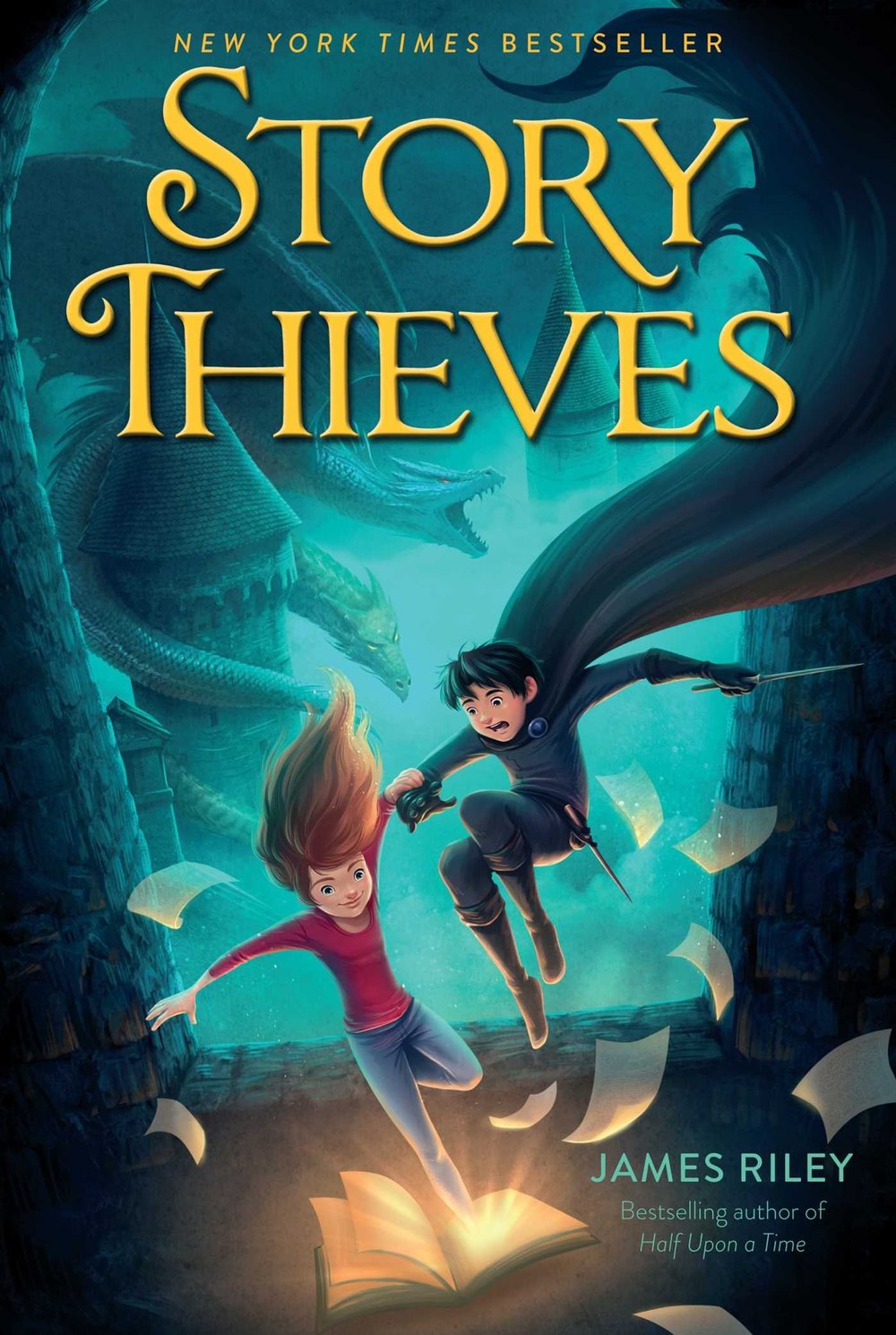 Story Thieves (including Story Thieves, The Stolen Chapters, Pick the Plot, Secret Origins, and Worlds Apart): Here’s a whole new look at getting lost inside your book! Bethany is a half-fictional character who has the power to jump into any book. When Owen discovers her secret, he begs her to take him into the climax of his favorite series: Kiel Gnomenfoot. But before you can go jumping into books, you must first remember the number one rule: never, EVER change the story. So when Owen decides to try playing the hero by changing the series’ outcome, all kinds of fictional characters and creatures escape exiling their authors in the very worlds those authors created, while Owen becomes caught in a war between magic and science, and Bethany faces down a good-guy-turned-evil. But the real fight doesn’t stop there – oh no, this crisis goes against the very thin line between fiction and nonfiction. In true James Riley-form, Owen, Bethany, and their crew of fiction and nonfiction friends face a nonstop barrage of situational pickles, humor, twists, and a fast-paced plot. (Ages 8-14) 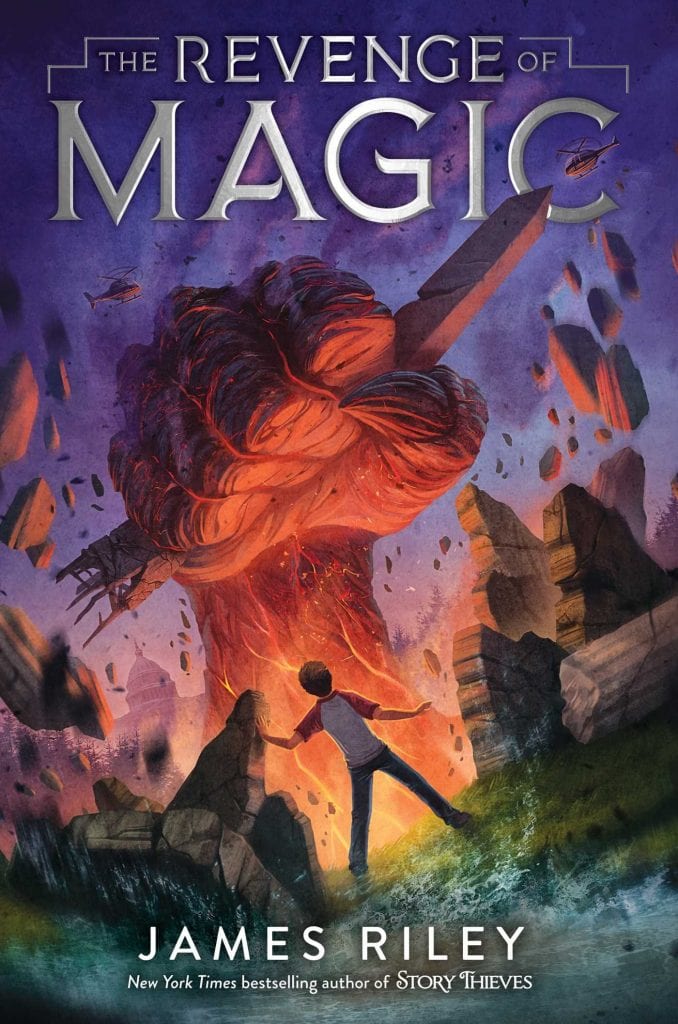 The Revenge of Magic trilogy (including The Revenge of Magic, The Last Dragon, and The Future King): Fort Fitzgerald thought the worst thing to happen to him was his dad embarrassing him during their tour of the National Mall. Then an evil giant pops out of the ground and kidnaps his dad. And before Fort can truly grasp the situation, he’s shuttled off to the Oppenheimer School where he’ll face impossible tests as he attempts to learn healing magic while his teachers only want him to fail; and then he discovers that some of the most classified individuals in Washington D.C. are keeping the darkest secrets. Also, there’s a race of ancient beings trying to take over humanity… so that’s fun! Fans of Rick Riordan will love this action-packed series filled with conspiracy theories, magic mayhem, and quirky humor. (Ages 8-14)

So there’s James Riley! Clearly he loves putting his characters through impossible situations and most of the time things get worse before getting better. But if you love sass, adventure, cliff-hangers, and action, this author is definitely for you!

Read-alike series and authors include: The School for Good and Evil by Soman Chainani, The Land of Stories by Chris Colfer, Iron Trial by Holly Black, Nevermoor by Jessica Townsend, Skulduggery Pleasant by Derek Landy, and Percy Jackson and the Olympians by Rick Riordan.