Champions of Peace and Nonviolence

Every year by Presidential proclamation, March is dedicated to celebrating women’s contributions throughout American history. For 2019, Women’s History Month will honor “Women who have led efforts to end war, violence, and injustice and pioneered the use of nonviolence to change society.” However, because the world is so diverse with women impacting almost every major historical event, this post will reach beyond America to include influential women from across the globe. 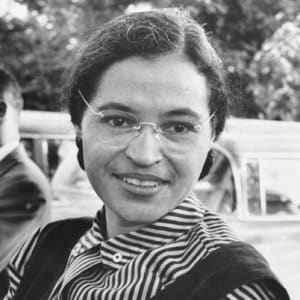 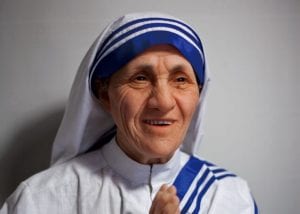 Mother Teresa (1910-1997): A Roman Catholic nun who dedicated her life to serving the destitute throughout the world. Most of her time was spent in Calcutta, India where she founded the Missionaries of Charity, a religious organization that focused on helping the poor. In 2016, Mother Teresa was canonized by the Roman Catholic Church as Saint Teresa. 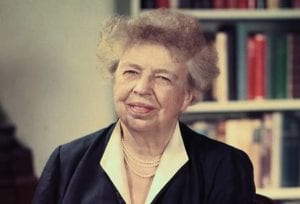 Eleanor Roosevelt (1884-1962): Wife of Franklin D. Roosevelt, her participation in American politics changed the role of the First Lady. Not content with domestic affairs while her husband ran the country, she gave press conferences, spoke out for human rights and children’s causes, and advanced women’s issues. She also worked on behalf of the League of Women Voters and focused on helping the country’s poor, ending racial discrimination, and serving the troops in WWII. 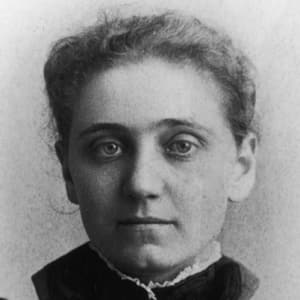 Jane Addams (1860-1935): A social reformer, pacifist, and feminist during the late 19th and early 20th centuries, she co-founded Hull House, the first settlement house that provided services for the immigrants and poor population throughout the Chicago area. She also chaired Chicago’s Board of Education School Management Committee, became the first female president of the National Conference of Charities and Corrections, and established the National Federation of Settlements. 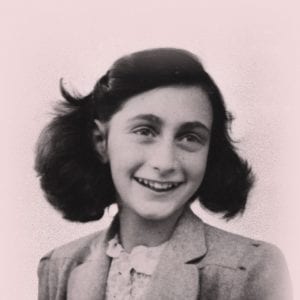 Anne Frank (1929-1945): A German-born diarist and World War II victim, her work, The Diary of Anne Frank has been published in 67 languages along with countless editions and stage adaptions and is one of the most moving and widely read firsthand accounts of the Jewish experience during the Holocaust. “For all its passages of despair, Frank’s diary is essentially a story of faith, hope and love in the face of hate.” 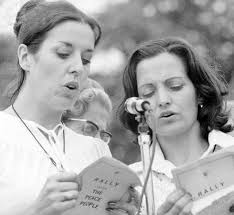 Betty Williams (1945-) and Mairead Corrigan (1944): Together they formed the Community of Peace People, an anti-violence, grass-roots movement during the height of the unrest between Protestants and Catholics in Northern Ireland in the 1970s. Their organization brought together thousands of people for protest marches and confidence-building measures between the two denominations. 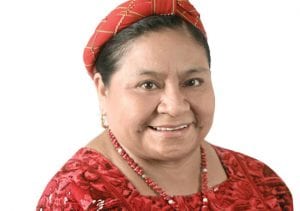 Rigoberta Menchu Tum (1959-): Guatemalan Indian-rights activist who was awarded the Nobel Peace Prize in 1992. As a young woman she served in a local women’s rights movement and joined the Catholic church to further advance social reform. During Guatemala’s civil war, she fled to Mexico where she joined international efforts to force the Guatemalan government to end their counterinsurgency campaigns against the Indian peasants. She created the Indian-led political movement Winaq in February 2007. 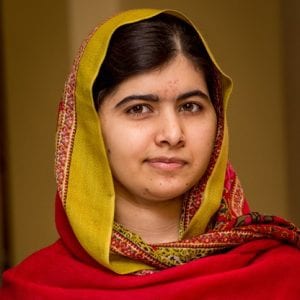 Malala Yousafzai (1997-): A Pakistani education advocate who defied the Taliban government’s refusal to allow girls’ education. Because of her activism, the Taliban shot her in the head in 2012 when she was travelling home from school. She survived, however, and in 2014 became the youngest person to win the Nobel Peace Prize. 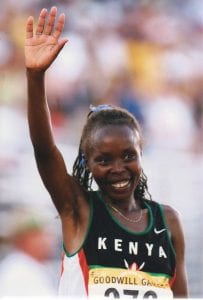 Tegla Loroupe (1973-): A Kenyan long-distance track and road runner who was the first African to win the New York City Marathon among her many other world records. She now devotes her time to the Tegla Loroupe Peace Foundation, is a member of the “Champions of Peace” group, which focuses on using sports as a method for encouraging peace, and has helped advanced opportunities for Kenyan women. 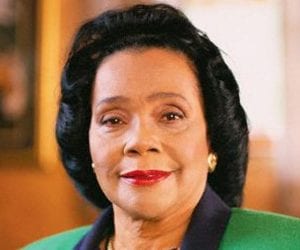 Coretta Scott King (1927-2006): Although best known as the wife of Dr. Martin Luther King Jr., she created her own legacy in the movement against racial injustice. She marched in a labor strike just days after her husband’s assassination, advanced women’s rights causes, traveled internationally to speak out against racism and economic issues, and was awarded the Universal Love Award. She also established the King Center to memorialize her husband’s efforts, which eventually led to the federal holiday in honor Dr. Marin Luther King Jr.