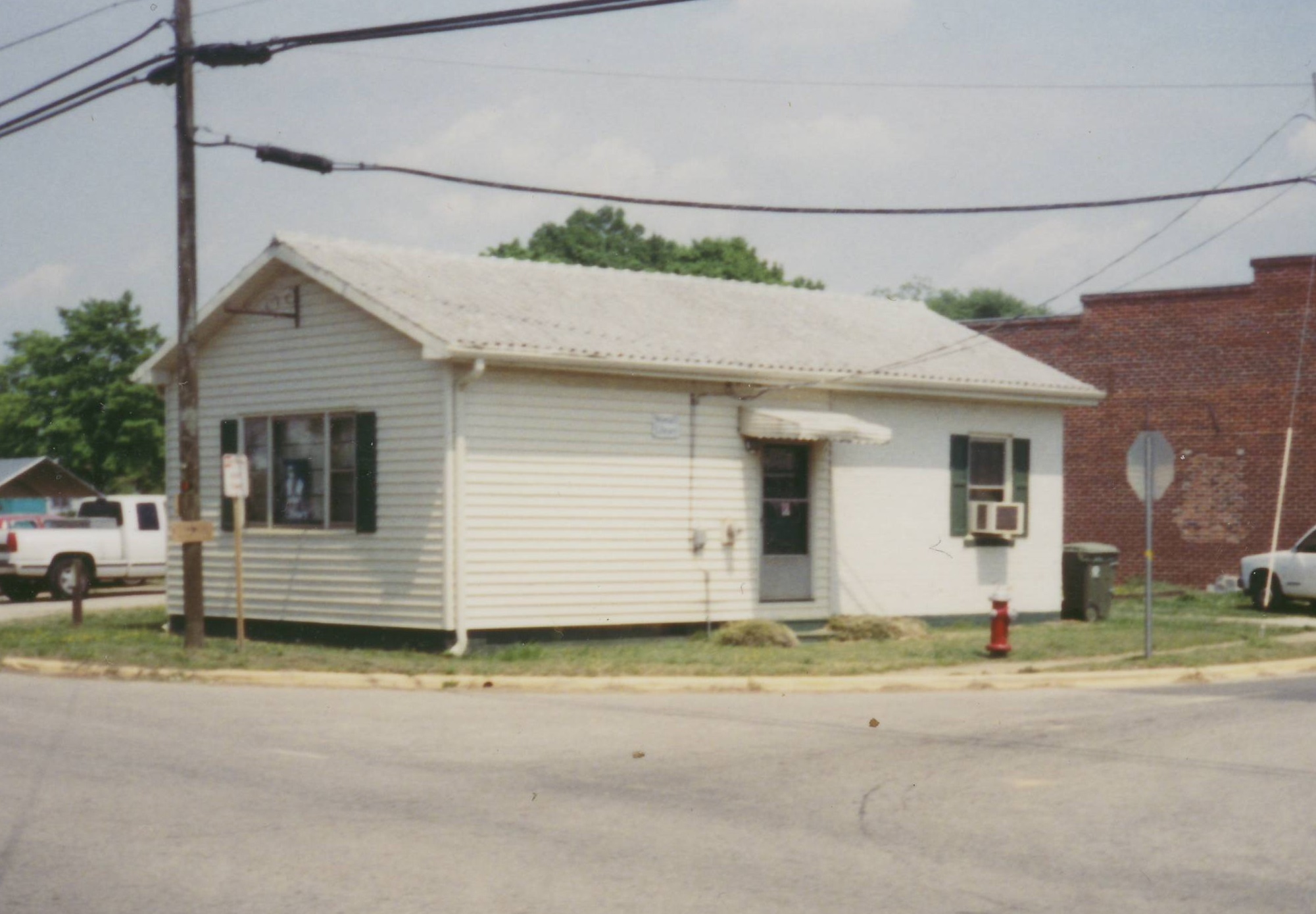 The Stovall Branch has played an important part in the history of our Library System.

Under the leadership of Mrs. Violet Coats, of the Granville County Library System, the citizens of the Stovall community set up a branch library in the Stovall Town Hall in the summer of 1954—originally with a book stock of some 500 volumes. Mrs. Ida S. Stovall was the librarian for the entire quarter of a century that the library was in the town hall.

To provide more space for the growing branch, Mrs. Stovall, at her own expense, remodeled a small store she owned at the corner of Highway 15 and Main Street. The drive-through overhang was enclosed to add floor space. On June 11, 1978, the branch officially opened in the refurbished building—christened the Harvey J. Stovall Memorial Library, in honor of Mrs. Stovall’s late husband. A U. S. flag that had flown over the Capitol in Washington was donated by Mrs. Kathryn B. Royster and presented to the new branch by 4-year-old Ann Cobb Huggins. As with the original branch, an active group of community volunteers joined together to make the library operational. Mrs. Stovall, Mrs. Sue Huggins and Mrs. Mary Beall, consecutively, were the next librarians. Other librarians were Henrietta Loyd, Kathy Deshetler, and Angie Cromer.

In November 2008, an $8 million Bond Referendum for Library System improvements was approved by Granville County voters—$909,000 of the bond money was earmarked for a new Stovall facility. By this point, the Branch had outgrown the 600 square foot store building.

On March 11, 2012, the new Stovall Branch Library opened at the corner of Main Street and Durham Street. This modern, 4,000 square foot facility, located on 2 acres, included a large conference room for special events. Last year, Stovall Branch had a total circulation figure of over 4500 and today contains over 9,500 volumes—quite an increase over the original 500 books it started with 65 years before.

It is important to acknowledge that the Stovall Branch has been an integral and fundamental part of the System’s history, has provided public service and has been a part of the identity of Northern Granville County for over 6 decades.